"Heavenly things dry, beware of fire candles," when talking about ancient architecture, Xiao Bian must not think of watching movies in the ancient drama "playing more people" at night to fight even more words. Now, after pondering, I feel that in ancient times, there was no broadcasting, no network, no advanced facilities, and it was indeed not easy to do a good job of fire prevention.

Fire protection of ancient buildings is so important! Because many of these are no shortage of "heritage" for centuries, it has been very difficult for the millennium buildings to survive. From ancient times to the present, no matter what the fire is to these ancient buildings, families or even the country, it is a major injury and loss.

Although the conditions and probability of fires in modern and ancient buildings are different, modern buildings are characterized by large-scale, high-density and continuous development. Ancient buildings are focused and highly dispersed, but they can all use fire safety engineering. Based on the principle of performance analysis, this paper analyzes and simulates the fire risk and safety of ancient buildings, finds out where the hidden troubles are, determines the effective measures taken, and serves as a basis for design planning to provide quantification for fire safety renovation projects. The basis.

The division of fire protection zones in modern buildings is the most important foundation for fire safety systems. It is also a safety guarantee to prevent the spread of fire and the evacuation of people, and it is a key to ensuring the safety of structures. Therefore, the ancient buildings can also be based on the site of easy fire, according to the actual distance to divide the space to form a "physical separation" defense in depth, and then in this space interval, planning and setting fire prevention measures and equipment to achieve Fire safety purposes.

From the analysis of the causes of fires most easily caused by ancient buildings, the frequency of lightning strikes and man-made arson is the highest. Therefore, it is necessary to increase the emphasis on this aspect. Take the Forbidden City in Beijing as an example. Among the major fires that have occurred since its establishment, the main cause of the fire was a lightning strike. In recent years, there have also been a number of incidents of ancient building fires caused by lightning strikes in China, such as the fire at the Daishan Temple in Lushan, Shanxi Province in 2004 . Since ancient architecture arson fire accident causes too many examples, April 4, 1998 morning, Linfen City, Shanxi Province Yaomiao Guangyun Palace Heritage Building because of the serious criminal arson fire destroyed a brick building Guangyun Palace And the statue of the king of the temple and other nine clay statues, direct economic losses 4.511700 yuan.

The characteristics of ancient buildings determine that fire protection is a challenging and complex task. It is necessary to implement fire protection measures in stages from the integration of various professional technologies to achieve its overall fire protection performance. Therefore, what must be done, what can be done, what can be done technically, and what can be done from administrative management, should be seriously analyzed and studied, and based on the objectivity of the existence of fire hazards, The risk of fires is actively handled in accordance with the priorities and in accordance with the resource conditions. For example, in Shanxi Province in the special construction of fire safety protection of ancient buildings, combined with the actual conditions in Shanxi, different fire protection measures were taken for different ancient buildings, and through active exploration, â€œgovernment leadership, joint management, and special group integrationâ€ were formed. The long-term mechanism of "group prevention, prevention and treatment" has embarked on a virtuous cycle.

( 6 ) Proper use of existing fire protection resources in ancient buildings

Ancient buildings also have different levels of consideration and settings in terms of fire safety. There are special considerations in terms of firewalls, fire-fighting facilities, lightning strike prevention, or their original design safety settings. We should thoroughly understand the essence and connotation of its design, and fully apply modern advanced fire protection concepts.

An ancient city or an ancient town is not a static landscape but a "live" history. In order to pursue economic interests, many localities have reconstructed and expanded the ancient city to increase modern facilities. This kind of behavior has destroyed the historical features of the old ancient city buildings, and it has also laid a major hidden danger for the fire.

In the highly commercialized ancient city, there are many tourists, and there are many bars and hostels, which lead to more fires. At the same time, the renovation and expansion of the ancient city that has been eager for quick successes has caused a dramatic increase in the load of wires that were originally aging, and the risk of fire has increased dramatically.

The ancient city and ancient architecture are the portrayal of the historical and cultural process in China. It is the brilliant crystallization of Chinese civilization. The warnings to us from the fires once and again have to strengthen the fire safety work of the ancient buildings of cultural relics, and we must cherish the cultural heritage of our country as they are the permanent genes that sustain the blood of our culture.

The information in this article comes from the Internet and was reorganized and edited by China Rescue Equipment Network.

Bayberry bark extract contains large amounts of Myricetin, a potent antibiotic and anti-inflammatory.
Myricetin is a COX-1, COX-2 and 5-LOX inhibitor. It has been used for centuriesfor the treatment of infections such as dysentery and was reported to be an effective fever reducer.


The effective element myricetin acted as astringent, strimulant. In large doses emetic. It is used in diarrhoea, jaundice, scrofula, chronic inflammation of the throat, etc. It is widely used in the field of pharmacy, health food and cosmetics. We used advanced technology to extract the active ingredient myricetin (flavonol). 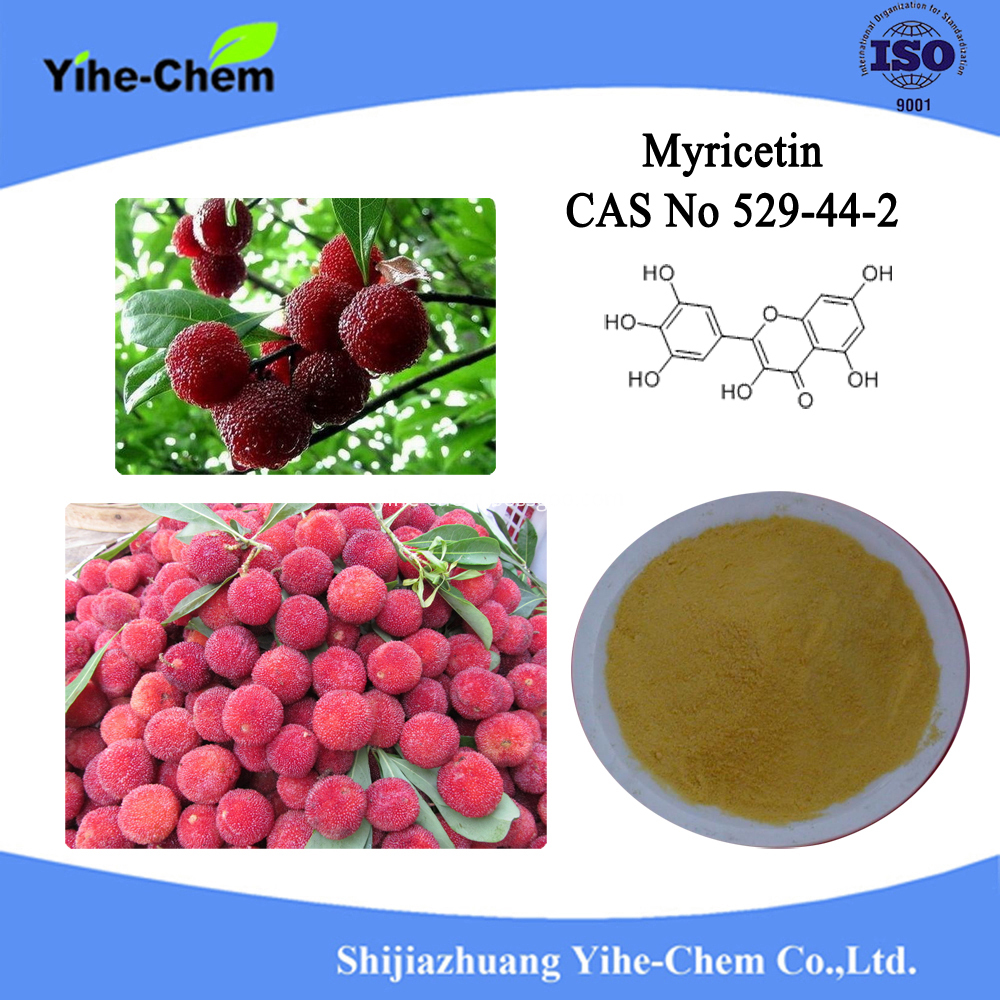