Skip to content
April 18, 2021
Abstract Diamond nanocrystals (white objects on the right side of the center) are used to map the magnetic field around the particles (the red object in the center). The particles float in a shallow bath of ionic liquid. By flowing the liquid using a voltage applied to the electrodes (4 light bars), the particles can be moved with high precision (dashed line... 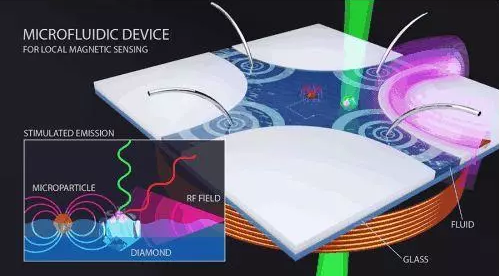 Diamond nanocrystals (white objects on the right side of the center) are used to map the magnetic field around the particles (the red object in the center). The particles float in a shallow bath of ionic liquid. By flowing the liquid using a voltage applied to the electrodes (four light-emitting bars), the particles (dashed line) can be moved with high precision. Illustration: The NV center of the diamond nanocrystal core reacts to the incident green laser, radio frequency (magenta) and the magnetic properties of nearby particles. If all of these fields have the correct values, the NV center will glow red. The observed light provides a measure of the magnetic field of the microparticles.

Measuring weak magnetic fields is a trillion-dollar business. Gigabyte data stored and quickly retrieved from coin-sized chips is at the heart of consumer electronics. Higher data densities can be achieved by enhancing magnetic detection sensitivity - possibly as low as Natsla levels. 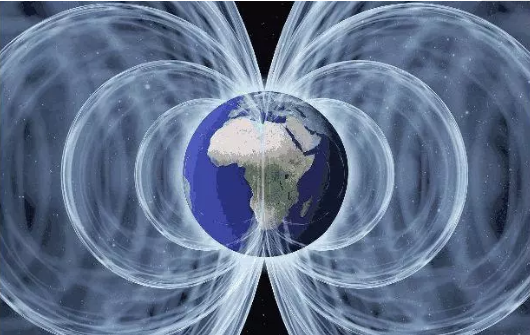 Higher magnetic susceptibility is also useful in many scientific fields, such as the identification of biomolecules such as DNA or viruses. This study must usually be carried out in a warm, humid environment and not in a clean environment or at low temperatures. JQI scientists solve this problem by developing diamond sensors that operate in a fluid environment. The sensor produces a magnetic map of small particles (an alternative to actual biomolecules) with a sensitivity of 17 microtesla and a spatial resolution of approximately 50 nm. This may be the most sensitive magnetic measurement of microfluidics at room temperature.

New experimental results from JQI scientist Edo Waks (Professor of the University of Maryland) and colleagues were published in the journal NanoLetters. 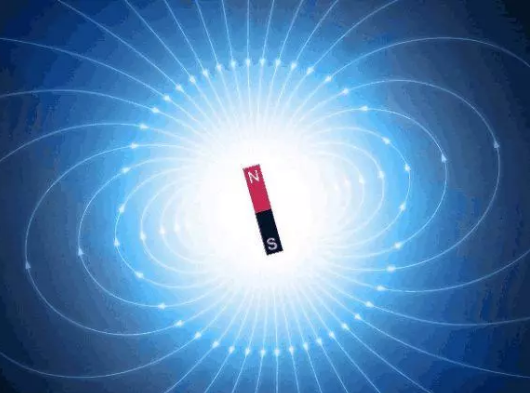 Diamond nanocrystals are fabricated in the same process as synthetic diamond formation during chemical vapor deposition. Some diamonds have tiny defects, and occasionally nitrogen atoms replace carbon atoms. Sometimes, in a diamond structure that is closely coordinated, the carbon atoms are completely missing. In the case where nitrogen (N) and vacancies (V) are adjacent to each other, an interesting optical effect may occur. The NV combination acts as an artificial atom called the NV color center. If the correct green laser tip, the NV center will shine. That is, if the green laser will be absorbed and red light is emitted, one photon at a time. 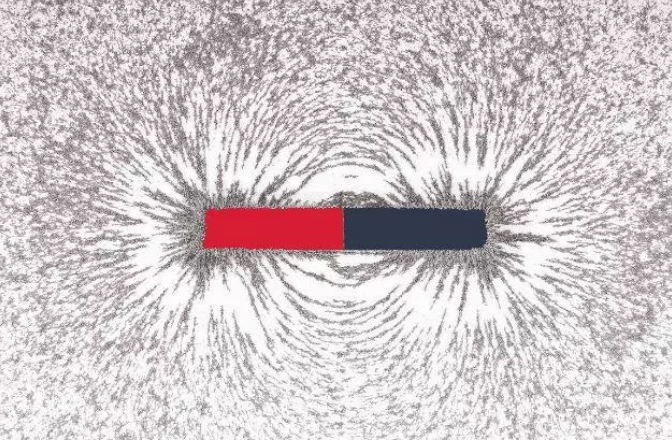 The NV emissivity can be varied in the presence of a magnetic field at a microscopic level. However, to achieve this, the internal energy level of the NV center must be just right, as is the case when the center is exposed to signals from the RF source (shown at the edge of the figure) and the field. It is emitted by the nearby magnetic particles themselves.

The particles float in a shallow lake based on a solution of deionized water in a device called a microfluidic chip. The diamond is firmly fixed to the bottom of the lake. When the electrodes located in the channel spoof ions in the liquid to create a gentle current, the particles move and steer around the chip. Like the ships that sailed to Europe with the help of the Gulf Stream, the particles control these currents in submicron. It is even possible to manipulate the particles in the vertical direction by means of an external magnetic coil. 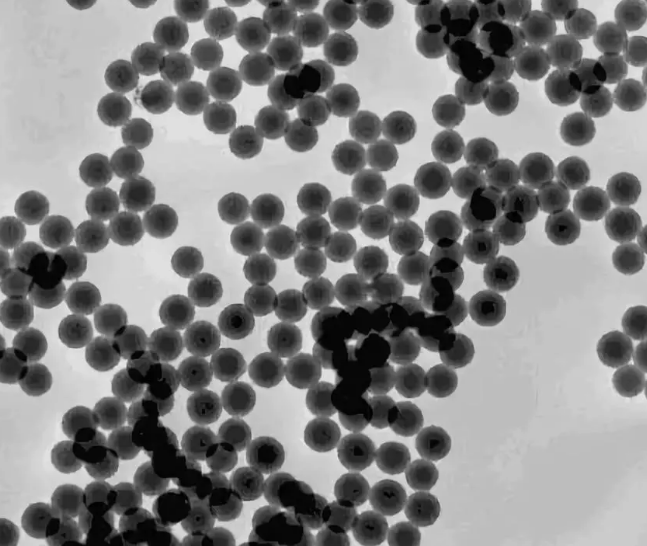 â€œWe plan to use multiple diamonds for complex vector magnetic analysis,â€ said rehabilitation student Kangmook Lim, lead author of the publication. â€œWe will also use floating diamonds instead of stationary diamonds, which is very useful for scanning nanomagnetic properties of biological samples.â€ 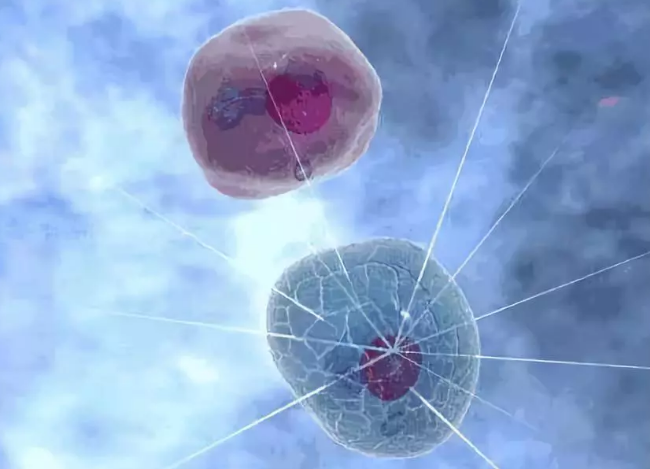 Vinyl Ester resin have got both advantages of Unsaturated polyester resin and Epoxy Resin, including excellence corrosion resistance of most acidic and alkali chemicals ; more strength and mechanical properties; superior operability and environmental durability.

Vinyl Ester Resin is considered to be a hybrid of polyester and epoxy resins-meaning its handling characteristics, properties, and even price generally fall just between the two.