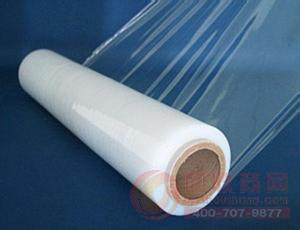 When the environment clearly shows high temperature and high humidity, the film dry composite processing, a considerable number of composite color printing manufacturers have not paid attention to this potential change, naturally there are many quality problems in the color printing process. Then, in high temperature and high humidity weather, what should you pay attention to when processing composite?

Then, most of the dry type composites are two-liquid reaction type polyester and polyurethane type binders. However, its performance generally differs depending on the choice of isocyanate, the molecular structure of the polyester polyol, the degree of polymerization, the functional group, and the mixing ratio. The two-liquid reaction is a cross-linking reaction of a main component containing a hydroxyl group at the terminal portion of the polymer with a curing agent containing an isocyanate group in the molecular structure, and is combined into a polyurethane having a high degree of tightness. The curing agent containing an isocyanate group component has a strong activity and reacts with a substance having a hydroxyl group or an amine group, and the reaction rate is more than 10 times faster than that of the polymer polyester or the polyurethane main agent. Such as methanol, ethanol, water and other amines. This is why most polyurethane adhesive manufacturers have restrictions on water and esters in the instructions. In the dry compounding process, the impact on the composite is higher when the humidity is higher, such as:

1. The adhesive is insufficiently hardened, and remains viscous after the composite aging, resulting in a decrease in peel strength;

2. The speed of the light link is slowed down, the initial tack of the bond is reduced, and the foaming of the composite film is easily caused;

4. The solvent volatilization is not complete, and the odor of the composite film bag increases;

5. When the composite is compounded, the foam phenomenon increases, and the composite film is prone to spots, white spots and crystal spots;

1. All kinds of films must be controlled, such as nylon, cellophane and other moisture-absorbing films. When the nylon is wrinkled, it may have absorbed moisture. Therefore, if there is no compounding, use metal foil or good barrier property. The film is wrapped in a dry environment on the shelf and should not be stacked directly on the ground.

3. The composite environment must be controlled, and an exhaust fan should be placed indoors to enhance indoor air circulation, but be careful not to blow against the compound machine, and check that there are waterless beads on the guide roller, composite roller and mesh roller, and wipe it with a dry towel.

5. Change the process parameters of the compound machine. At present, most of the composite machine outlets in China are small. When compounding, the air inlet speed is higher than the air outlet speed, which makes the high pressure in the drying tunnel, which makes the solvent evaporation speed slow down and makes the compound The amount of residual solvent in the film increases.

Therefore, the outlet pipe is increased. In addition, if the outlet pipe is long, the induced draft fan is installed directly at the outlet of the outlet, and the general imported composite machine has this device. In this way, the air blowing speed is greater than the sheltering speed, so that a low air pressure is formed in the drying tunnel, which is suitable for solvent evaporation and reducing residual solvent. In addition, the temperature in the drying tunnel can be increased as much as possible (note that the first zone should not be too high - that is, the film entrance zone).

When the factors appearing in the above various compound processes are controlled, the probability of occurrence of quality problems in the compounding process is greatly reduced, thereby avoiding some unnecessary loss and waste.